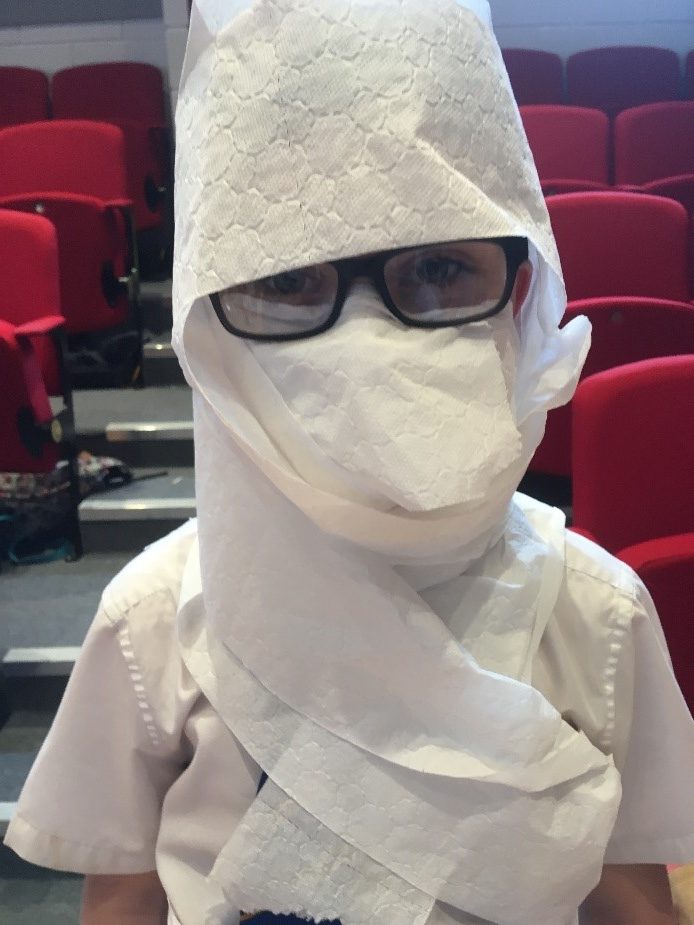 Many thanks to Miss Noble and the MFL department at RSA Arrow Vale Academy for inviting us to join in the Pyramid Language Festival, which we have attended several years running now. The aim is to introduce pupils to a number of different languages so that they start to make connections between them as well as seeing their differences and above all to enjoy using them.

We joined together with several other schools in our pyramid for the activities, breaking the ice by working in mixed teams to build the tallest and most recognisable Eiffel Tower. Then we enjoyed a range of activities in different languages, such as singing songs in Spanish, cracking codes with the Greek alphabet, bandaging parts of the body in Portuguese and more.

Learning parts of the body in Portuguese

Once we had worn ourselves out, we ate our packed punches while watching Le Petit Nicholas, a funny French film about a little boy and his group of friends who seem to get themselves into trouble unintentionally. If you like Asterix the Gaul cartoon books, you’d probably enjoy this film as it was written by the same author, René Goscinny.